The conversation between both personalities focused on the main events in Turkey today. President KC stated his support to the Turkish. Syrian and Kurdish people. discussed internal and external obstacles to achieving peace and security, commented about the situation of Syrian refugees in Turkey, the pressure of migrants on the host society, tensions with Kurdish factions, and offered his advocacy in future peace endeavors and health issues affecting people along Turkey’s southern border and northern Syria.

On the same token President KC submitted a letter addressed to the President of Turkey. Honorable Recep Tayyip Erdoğan. In the letter Mr. KC stated his concern. about important issues such as the access to health services for Syrian refugees in Turkey. the need to restore stability in northern Syria, the protection of women and children fleeing violent conflict, and the need to improve relations and dialogue with Kurdish groups. Other topics discussed were the need for increased support from the international community for Syrian refugees to prevent the competition of resources or hostilities from local citizens.

President KC acknowledged the Turkish government’s vital role in mediating tensions and urgency in securing peace agreements between the Middle East. Europe. Russia. the United States and Iran. lie also commented how the Syrian conflict has destabilized the region. resulting in massive displacements. the proliferation of weapons. military escalation, and the severe deterioration of medical facilities and services, President KC highlighted the importance of improving relations with Kurdish factions through peaceful dialogue and extended the support of the Europe Peace Foundation to address this situation. Both President KC and Turkish Counselor Bilgi agreed upon the idea that Turkey needs the collaboration of the international community to achieve peace and secure the health and well-being of Syrian refugees.

Lastly. President KC expressed his tireless commitment to advance human rights, democratic values and peace in the country as well as improve the health services for Syrian refugees in Turkey. 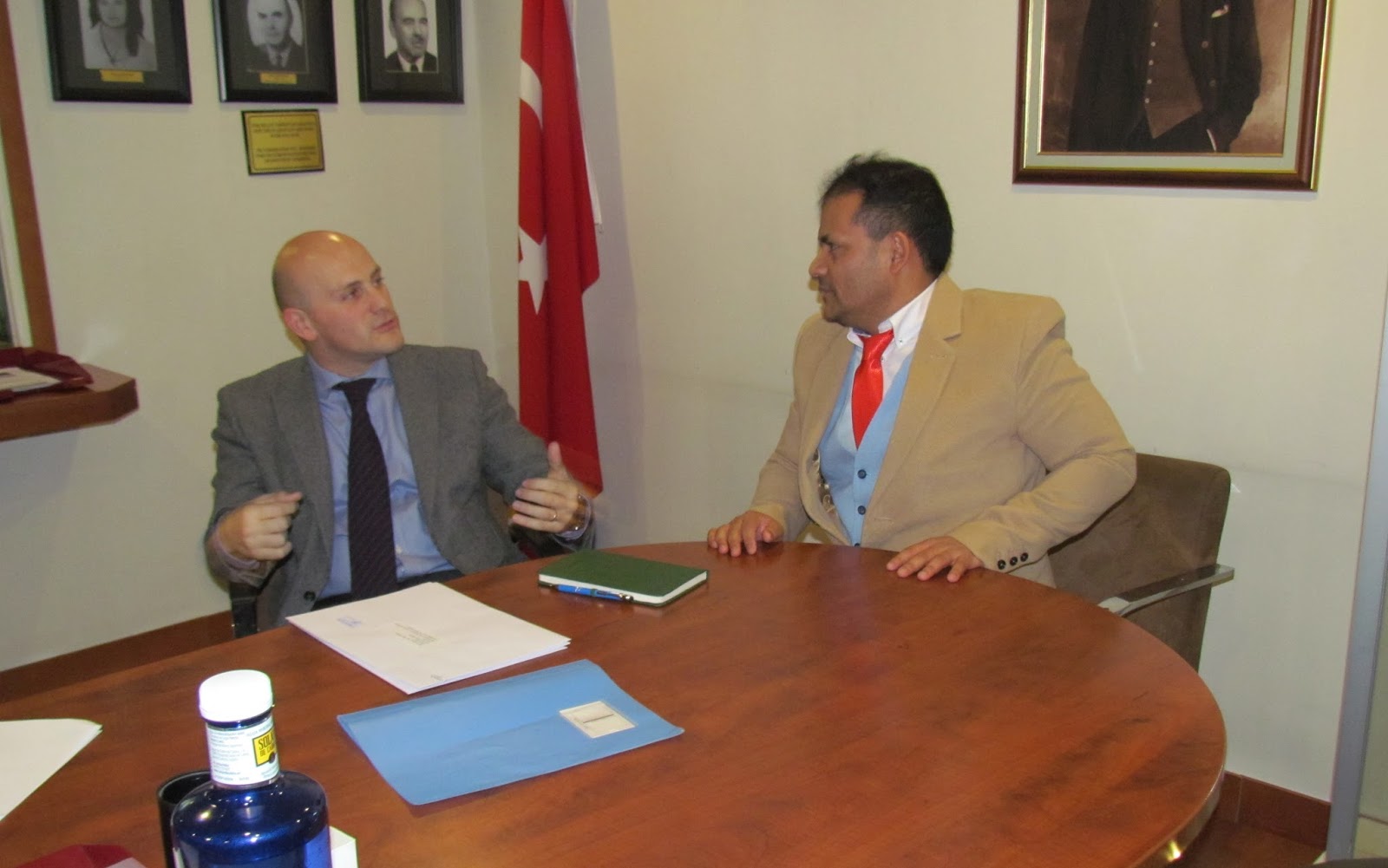 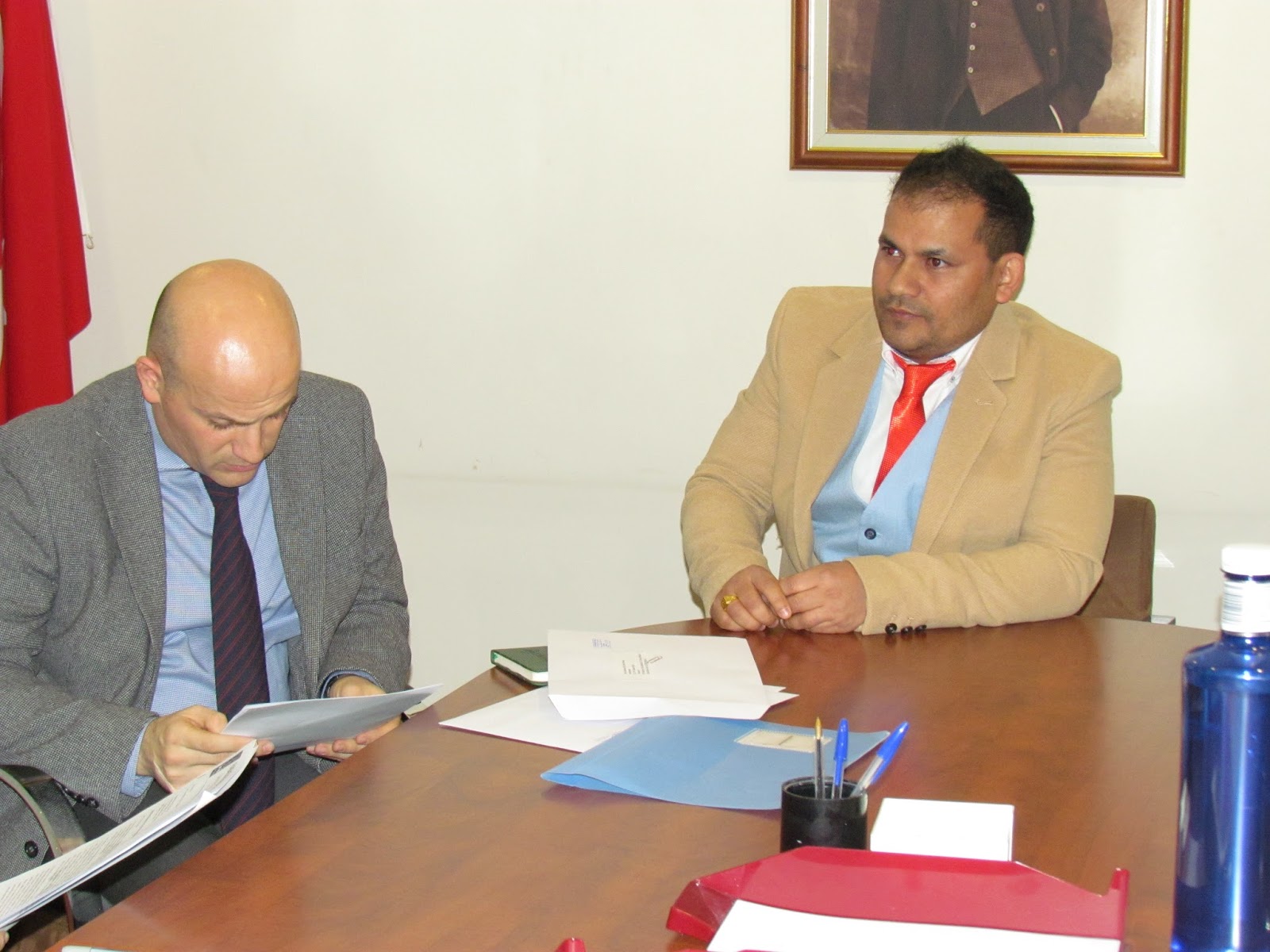 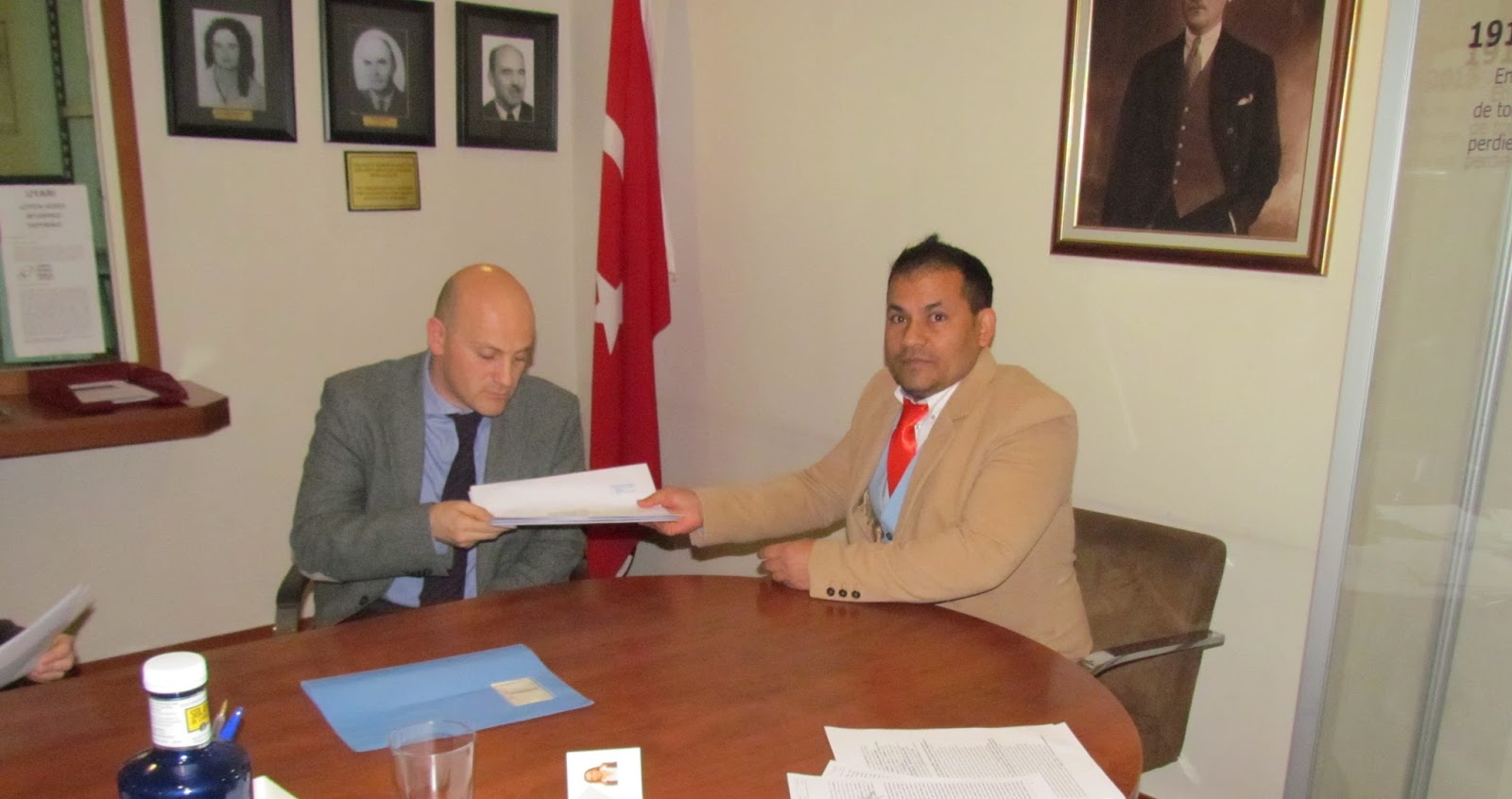 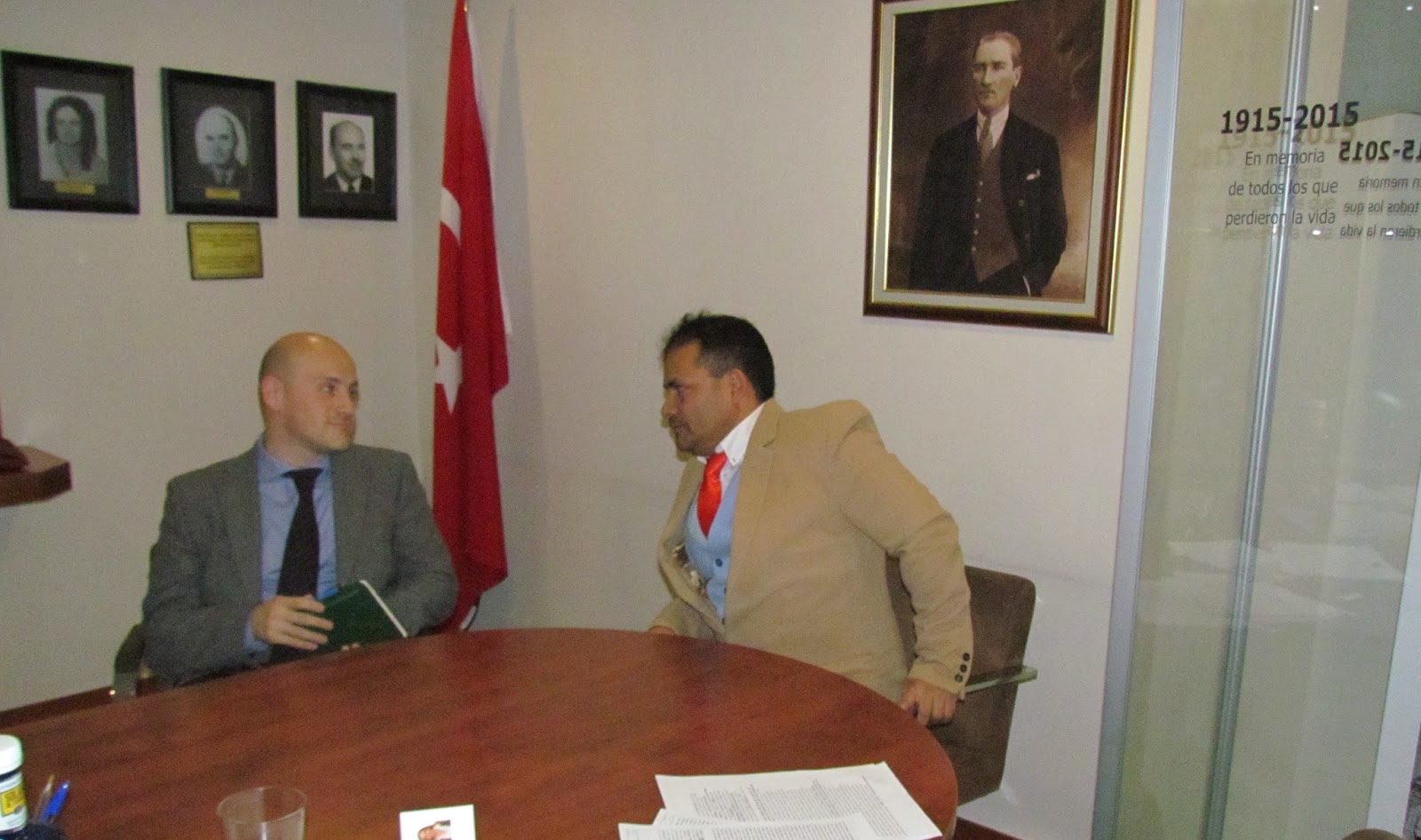 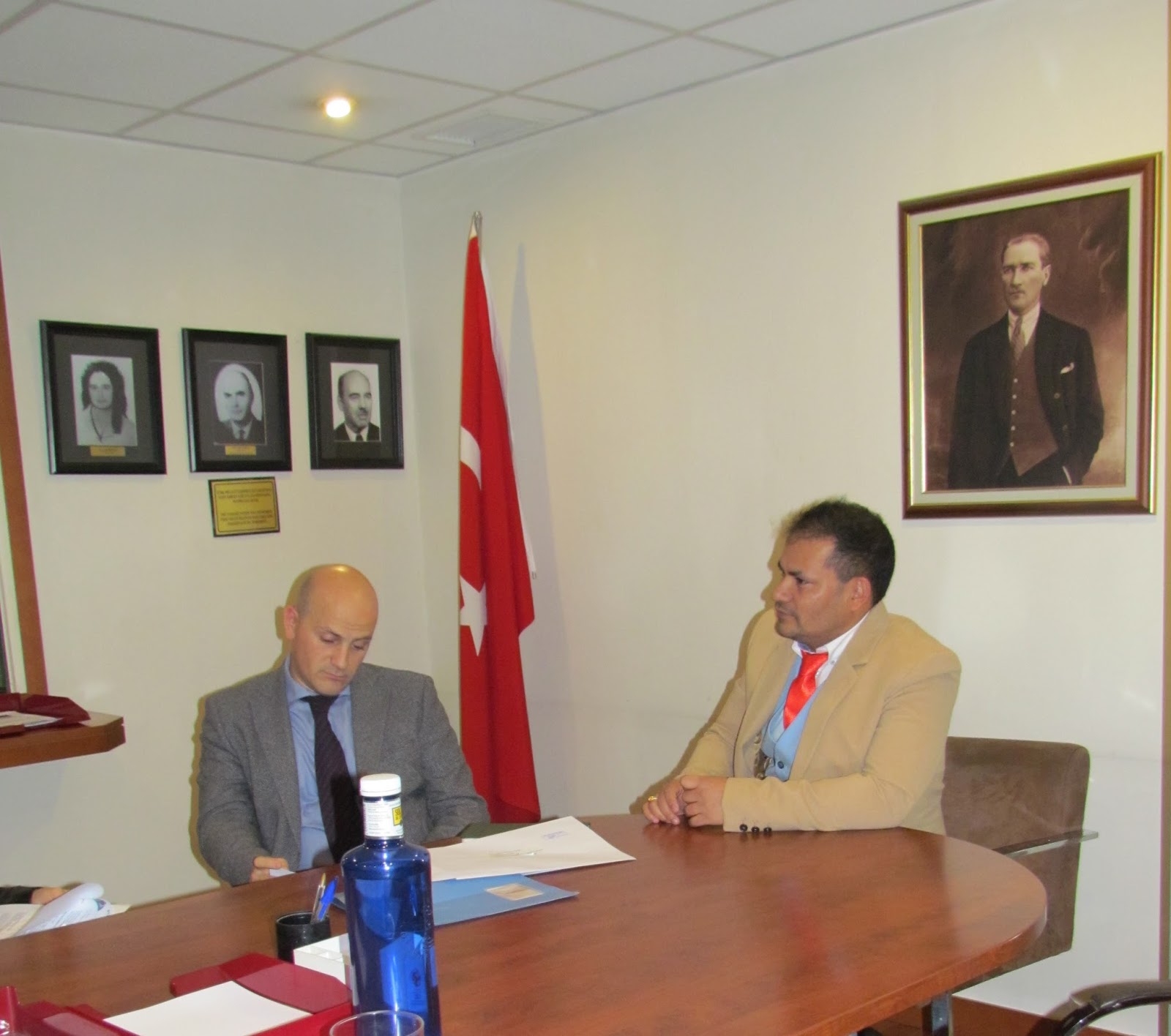 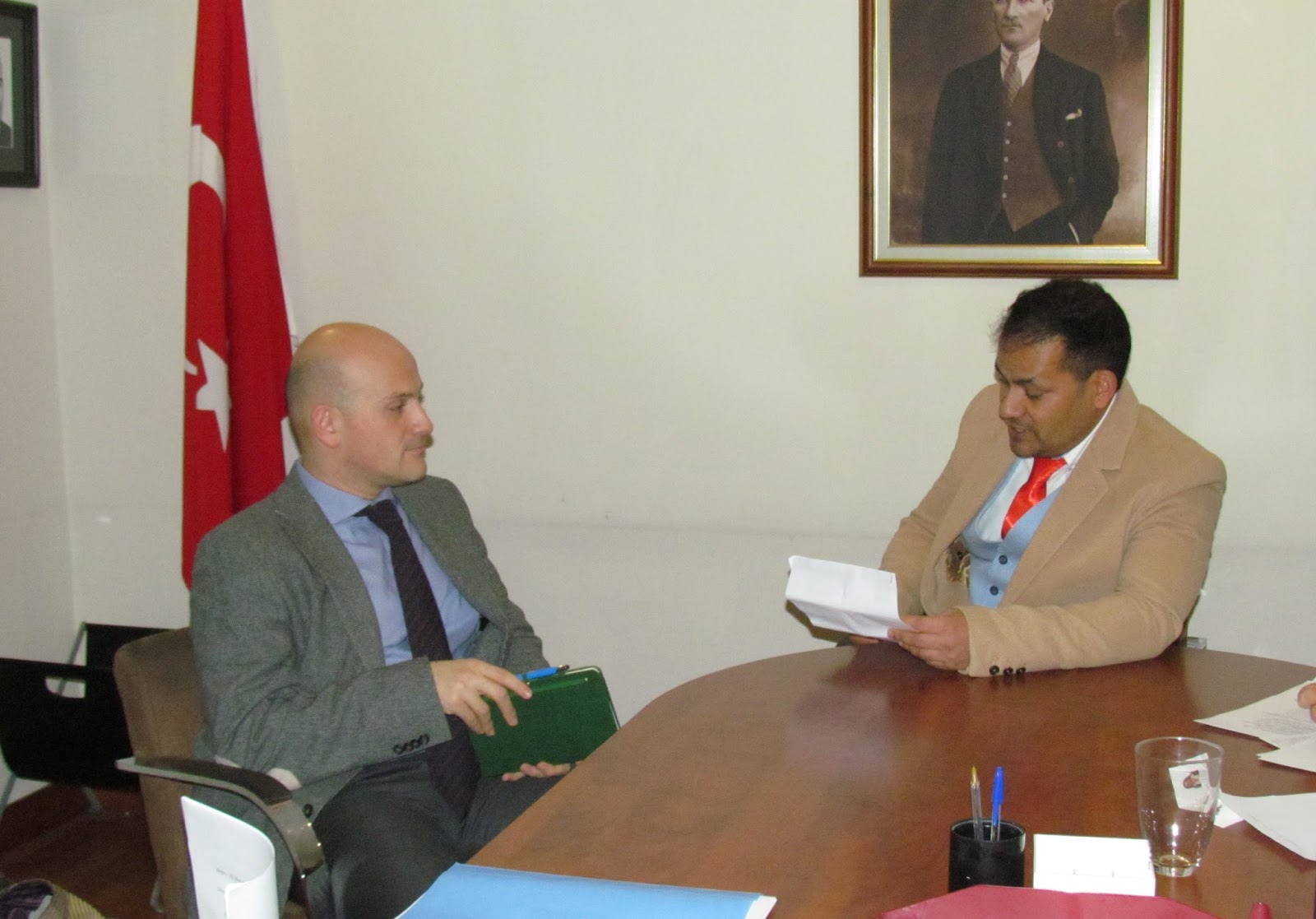 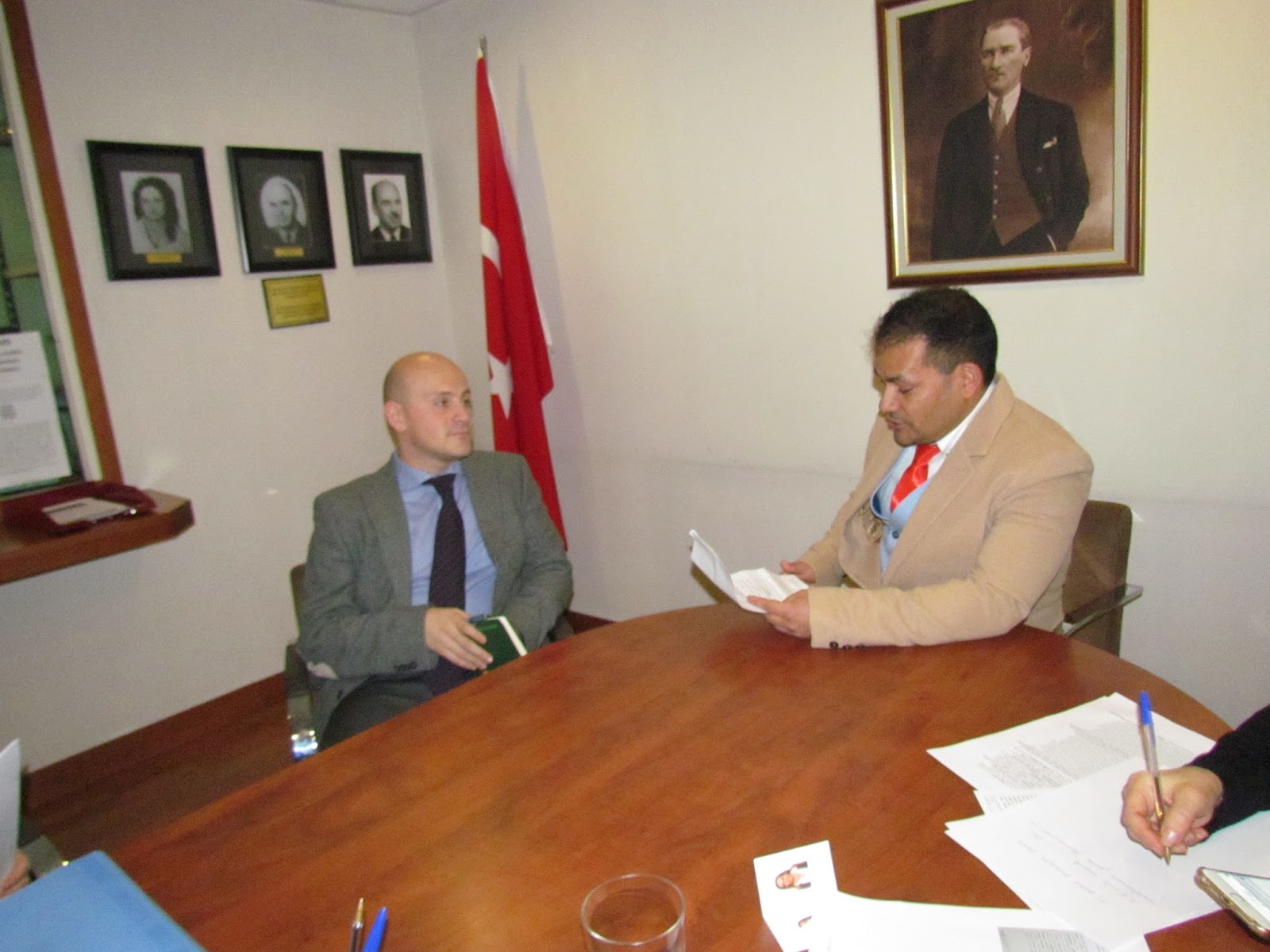 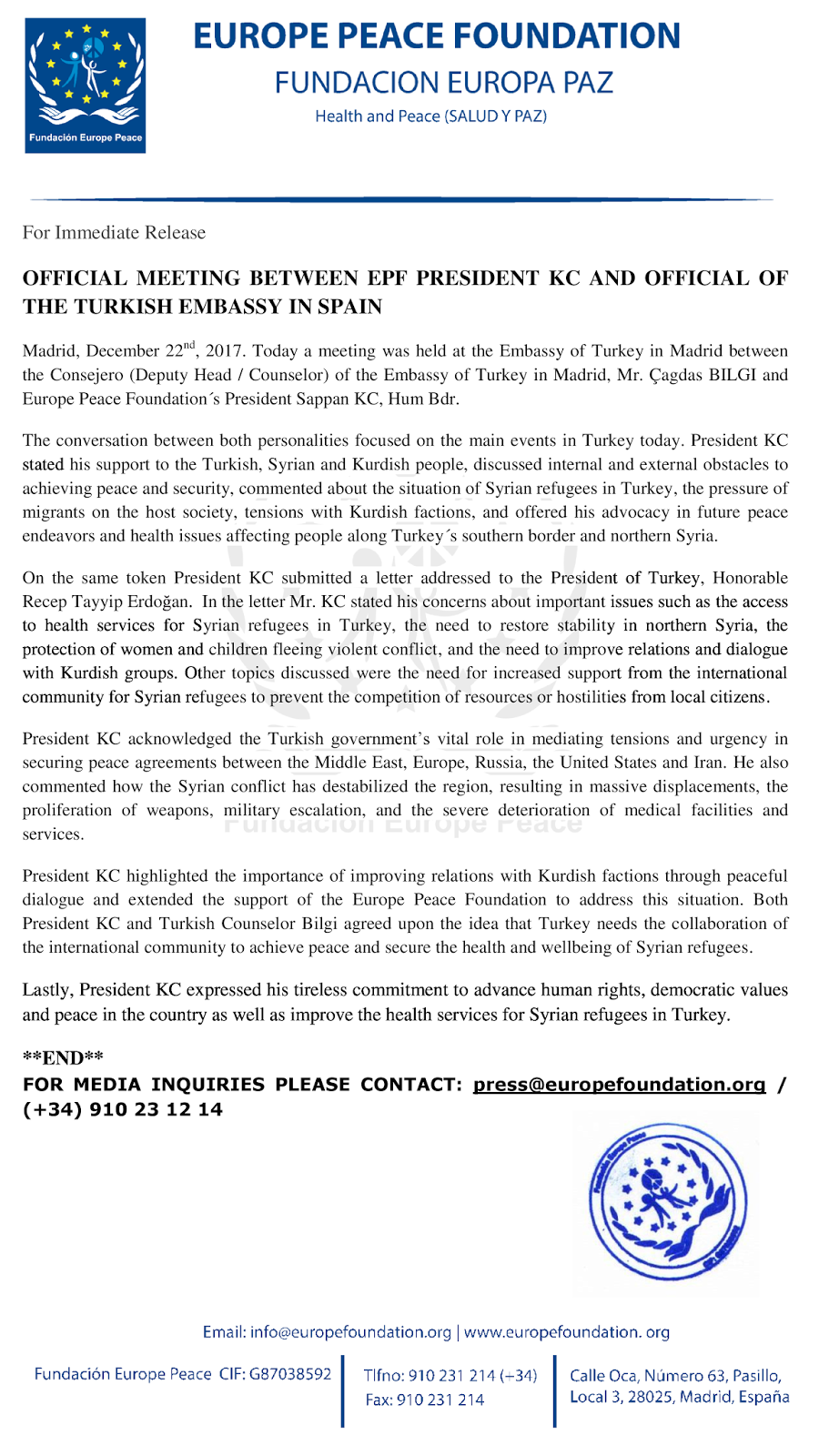